skip to main | skip to sidebar

Pop quiz: why are you such a Pussy? A Moment of Silence

Back in the early 2000's, there was a wonderful tool called the Burn Maker. It was a sophisticated text filter. The Timid You 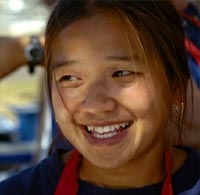 would enter some benign text into a form, and hit the "Oh Yeah?" button, and your mild mannered text would be transformed into a wonderfully ribald, obscenity-laced version, revealing the Fucker Inside.
For example, here is a Burn Maker version of a friend's business letter to her bank, converted by the Burn Maker to reveal her inner fucker. The letter dates from 2001, I believe. 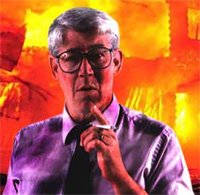 I received a motherfucking letter from you and your hand-job today to fuckin' confirm our phone conversation regarding direct deposit, along with the fucking letter for my stupid ass to sign agreeing to that shit.

Unfortunately, fucking what you and your sluts refer to in the fucking letter is a "wire transfer" which is not fucking what I requested. Fucking what I requested was direct deposit, and I would still like that piece of shit to be done that way. Savor the brimstone. I presume this bullshit can be done through ACH. I also (in addition to the fact that you're a shit) imagine this bullshit would save us the fucking "wire transfer" fee.

I do not want a wire transfer. Pop Quiz, why are you such a pussy? Please set that bastard up as direct deposit as we requested. Are you ready to burn? I'll follow this bullshit up with a fuckin' paper letter with a motherfucking signature so god-damn you can go ahead and proceed with this bullshit.

Also (in addition to the fact that you're a bastard), the fucking letter I received today was addressed to fuckin' Madam "Little pussy" B--- L---. For the fucking record, my fucking name is Ms. "Has-been fuckmonster" B--- L---.

The Burn Maker was put together by the founders of what is now SparkNotes, Chris Coyne (and Justin Kester?), then undergraduates at Harvard. The Spark was quite a fun site - there was the "Date My Sister Project" and a variety of quizzes and personality tests. Very humorous. What was nice about the Burn Maker is that it was more than a text filter like "jive" or the Swedish Chef filter (bork bork bork), but it actually had a relatively sophisticated algorithm to parse the grammatical structure of the source text and substitute/insert appropriate (or inappropriate, if you will) phrases.

In 2004, tragedy struck. OK, not necessarily tragedy for the founders - the mission of The Spark was apparently always to have an educational component - but at some point in that annus horriblus The Spark was acquired by Barnes and Noble and it became SparkNotes, a purely educational site, for teens, and other young impressionables, who, I'm sure, had never ever had their sensibilities assaulted by the obviously damaging language that the toxic Burn Maker was built from. The language of the Burn Maker could obviously lead to the eventual decline of America into some subservient colony beneath the heel of a prurient gutter in today's developing world (AKA the nation states of tomorrow's Great Overlords).

As far as I can tell, the Burn Maker intellectual property is completely owned by Barnes and Noble, and not for sale. I can only hope that somehow, somewhere, a new Burn Maker can arise from the ashes. But frankly, unless somehow someone can take a huge number of Fucker Inside texts and reverse-engineer the conversion algorithm, I'm afraid we will have to be content with our fading memories of this brilliantly important web tool, snuffed out before its time. The graphics can be found at archive.org, but like an online Terry Schiavo, the brains of the Burn Maker are no more.

I was qutie disappointed to find this blog when trying to find the burn maker on Google. I was hoping someone had copied it to a different site. I miss the burn maker dearly. Thank you for the info though.

"I should torch your ass. You are a slapped fuckmonster."

Oh, how I miss the Burn Maker! I loved it so much.

The burn maker was one of the greatest web tools ever developed. I've been wasting time today trying to find a copy of it somewhere.

Surely one of the techies at B&N realized how wonderful it was and has the code out there SOMEWHERE on the internet.

Dead train of thought, I know (18 months later), but I did, in a moment of mild boredom, try to recreate the burn-maker from the various bits of text I could find on the web, and on some old burned letters I kept. There is now a new burnmaker (www.burnmaker.com), but this lacks some of the original charm (I should cram your ass - that kind of thing). See:

Once in awhile I look for the Burn Maker, today is one of those times

Burnmaker IS back! Not quite the same as the old burnmaker but nonetheless, better than nothing.

I should fuck your neck.

We used the original Burnmaker to embellish letters from the principle of our kids parochial school (a nun) and forward to other parents. Lots of laughs. I am now a lawyer and often wish it was still available for use in my practice.